For some of us becoming old may be a thing of a distant future, for others it may be a day-to-day experience. However, for many of us "empathy for our older population is lacking, and audiences need reminding that we are all aging and old people need to feel the joy of human interaction too". This is one of many reasons why photographer, known simply as "Z", has put together a photographic exhibition to highlight the legacy of those who may find themselves lonely and forgotten.

Drawing inspiration from the famous "Humans of New York" project, and following Z's own "Humans of Leeds" success, the exhibition will see elderly Leeds inhabitants portrayed alongside their very personal stories. "Each of his portraits, with subjects positioned within the urban landscape of Leeds, is accompanied by a short text describing their story (these are based on short but personal discussions with the photographer, which are sometimes recorded). Some divulge more than others, but they are always interesting; always human."

Opening on 5th February 2018 in Arts@Trinity in Leeds, UK, the exhibition is titled "Now Then", which acts as a play of words "on the well-known Yorkshire vernacular which pairs the adverbs of opposed meaning; one indicating the present, and the other the past — reflecting the memories of the past, and aspirations for the future". 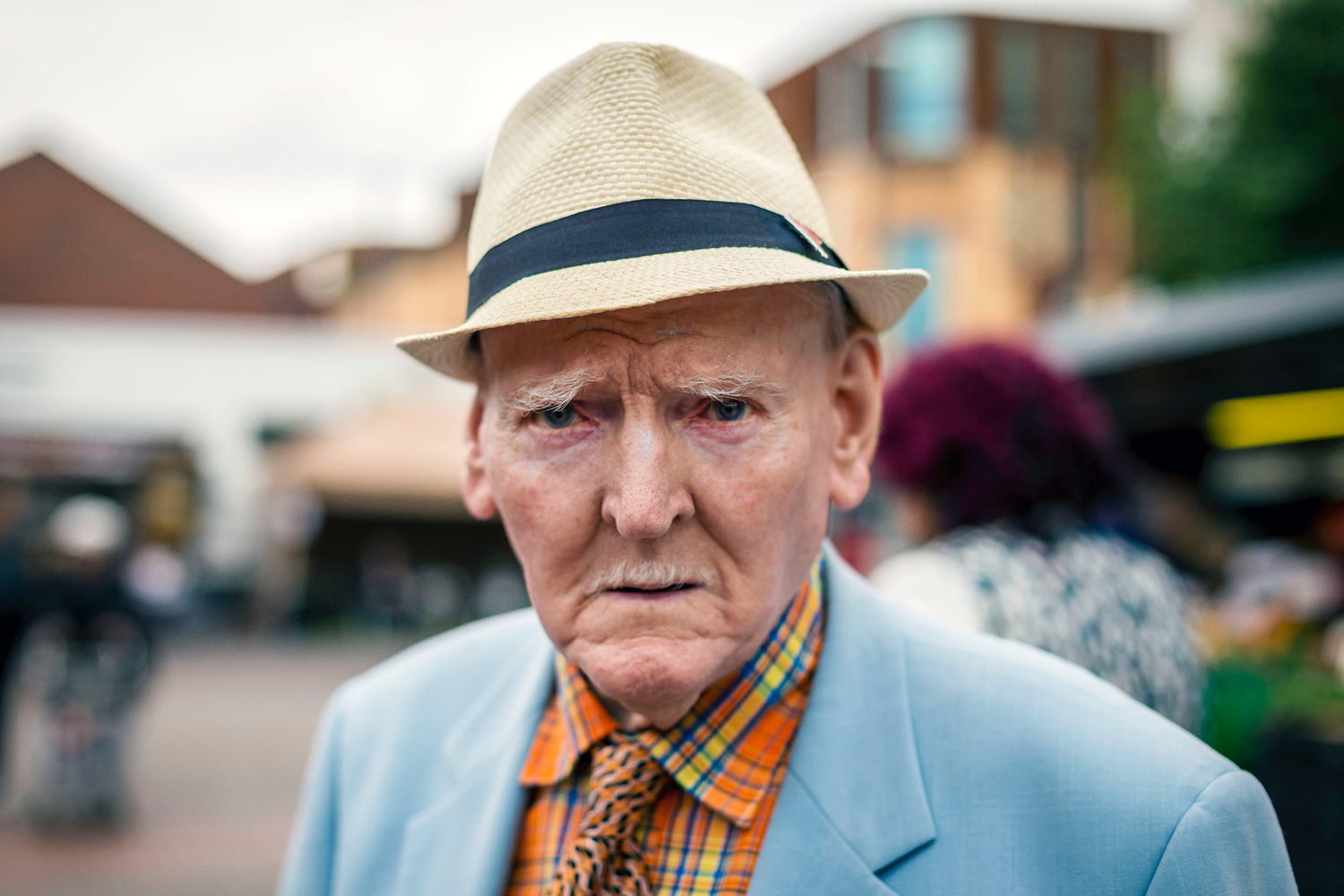 Z aims to use his exhibition to put a spotlight on a generation that is often ignored by the society. This body of work celebrates the long lives lived by the participants, and their unique stories that are full of adventures, achievements and incredible parts of hidden social history.

As I caught up with Z, another issue came to the forefront. Some of the participants were unable or unlikely to attend the opening of the exhibition, that they form such an integral part of. Going out is something we often take for granted, but for some it may be a struggle due to their lack of mobility, lack of self esteem, and not having confidence in the legacy they're leaving behind with their life stories.

Hopefully, a project such as this will inspire others, not just photographers, to sit down with their grandparents and listen to the interesting lives they have led. Even though they might take their part in our today's history for granted, we have the ability to make it known that their lives are fascinating, and as such deserve to be recorded and passed down to the next generation.

Images used with the permission of Z.